Fall for the Cape

The ice cream trucks and lifeguards may be gone, but Cape Cod hardly shuts down after Labor Day. On the contrary, September kicks off what many consider the best time of year to visit this long arm of sand off Massachusetts’s southeastern coast. High-pressure systems bring brilliant blue skies, and traffic finally eases. Meanwhile, the first hints of fall color brighten the salt marsh grasses. 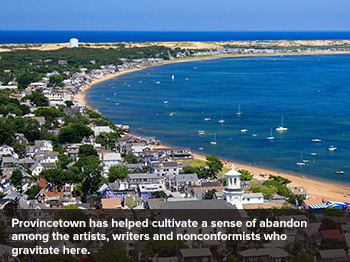 The ice cream trucks and lifeguards may be gone, but Cape Cod hardly shuts down after Labor Day. On the contrary, September kicks off what many consider the best time of year to visit this long arm of sand off Massachusetts’s southeastern coast. High-pressure systems bring brilliant blue skies, and traffic finally eases. Meanwhile, the first hints of fall color brighten the salt marsh grasses.

Be sure to check out Land’s End Inn, set on a bluff above the west end of Commercial Street, with views of the harbor, sea and Bay coast of the Cape. The common rooms of this 1904 shingle-style structure are exuberantly decorated with all manner of stained glass and Art Nouveau tchotchkes, but the effect is utterly charming.

LAY OF THE LAND
It’s about a 3-hour drive from Boston to the tip of the Cape. High-speed passenger ferries from Boston Harbor make the journey in 90 minutes.

Each of the 3 towns on Cape Cod’s forearm has its own distinct character. Wellfleet, an 18th-century whaling port, is a refined village of galleries and restored sea-captains’ houses. Oyster boats still work the waters off its lovely natural harbor. (A hugely popular festival honors the beloved bivalve every fall.) The tiny rural community of Truro narrows to a point where only a mile of dunes and moorlands separates the Atlantic from the gentle waters of Cape Cod Bay. Provincetown’s location, at the very tip of the Cape, has helped cultivate a sense of abandon among the artists, writers and nonconformists who gravitate here. Besides its anything-goes vibe, the town is known for excellent restaurants, stylish inns and indie-designer boutiques. 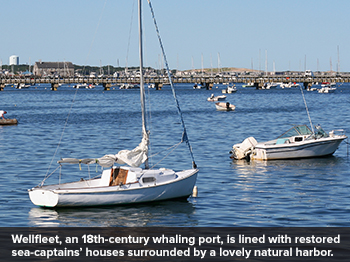 BY TWO WHEELS
The Outer Cape has miles of bike-friendly back roads and old carriage lanes. But the cycling showpiece is the 22-mile Cape Cod Rail Trail, built on an abandoned 19th-century rail bed. Recently widened, regraded and repaved, the mostly flat trail runs from Dennis to Wellfleet, skirting kettle ponds and cranberry bogs along the way. Parking is free at various trailheads, including the one at LeCount Hollow Road in South Wellfleet. Round-trippers can break for lobster rolls at the landmark Arnold’s Lobster & Clam Bar in Eastham, just off the trail on Route 6. Bike-hauling buses will take you and your wheels back to your car if you’re spent.

For more casual fare, head down a short alley off Commercial Street to Karoo Kafe. When this South African eatery opened in 2012, it seemed a risky bet in this chowder town, but the food was simply too good to resist. Don’t miss the bobotie, a mild curried meatloaf. Equally good, though less exotic, is Spiritus Pizza, where the pies are thin and crisp and the toppings deliciously savory. Here you’ll also find excellent ice cream from Lewis Brothers, which has its own shop just up the street.

Provincetown is big on breakfast, and it doesn’t get much better than Café Heaven, which has the fluffiest pancakes and best eggs Benedict in town.

For a more challenging, more hilly ride, try the Province Lands bicycle trail. It begins in Provincetown at the Province Lands Visitor Center, where an observation deck affords 360-degree views. The 5-mile loop is almost too busy on summer weekends, but come fall, the roller coaster-like ride through scrubby beech forests and across a moonscape of wind-sculpted dunes is blessedly free of crowds. You can follow spurs off the main trail to the wave-raked Atlantic beaches at Race Point and Herring Cove.

For a mellower inter-dune cruise, great with young kids, pedal the 2-mile Head of the Meadow Trail in Truro. You can rent wheels at Provincetown Bikes

BY FOOT
Walking is one of the best ways to discover the subtle pleasures of the Cape; you never know which sand track will lead to Thoreau-worthy moments of inspiration. One of the best places to start rambling is the 1,100-acre Wellfleet Bay Wildlife Sanctuary. This Massachusetts Audubon property is laced with gentle meadows and wooded trails leading to the sandy fringes of bay beaches and freshwater ponds. Bird lovers take note: More than 260 species either live here or stop over in fall en route to warmer climes.

Also in Wellfleet, and part of the Cape Cod National Seashore, is Great Island, connected to the mainland by a narrow causeway. Here a 6-mile traverse rewards hikers with views of Wellfleet’s harbor on one side and Cape Cod Bay on the other. The Truro Hills Trail is a 10-mile hike through the stark landscape that inspired painter Edward Hopper. Beginning at Ballstons Beach, it follows old fire roads through fields of bearberry, passes small ponds and ascends to overlooks with sweeping ocean views. The Highland Lighthouse marks the trail’s end. Guides from the Truro Historical Society give tours of the more-than-century-and-a-half-year-old lighthouse, which was moved back 453 feet from its rapidly eroding perch in 1996. Neighboring Highland House, an ad hoc museum of local history, is also worth a visit (508-487-3397; trurohistorical.org; from $3).

PURSUING VERY BIG FISH
Every fall, migrating striped bass and bluefin tuna cruise the waters just offshore, fattening up on Atlantic herring and other baitfish before heading south. Striped bass and bluefish can also be landed simply by casting from the shallow surf along the National Seashore. Trout, perch and bass are found in freshwater ponds throughout the Outer Cape.

Fall is also prime time for whale-watching. On any day of the week you can board one of the Dolphin Fleet’s boats in Provincetown harbor and ride to the Stellwagon Bank National Marine Sanctuary, 6 miles away. Once there, onboard naturalists will help you spot migrating humpback, finback and minke whales, and perhaps the rarer North Atlantic Right whales, in the wild.

PADDLE OR SAIL
The Outer Cape’s freshwater ponds, shallow bay and open ocean provide all kinds of thrills. Eric Gustafson, owner of Funseekers in Wellfleet, gives kiteboarding, surfing and windsurfing lessons through mid-fall. “The water is actually much warmer in September than it is in June,” he says, “and there’s a dramatic drop in the number of people around. There’s no better time to come.”

Rent canoes and kayaks from Jack’s Boat Rental, found at the 100-acre Gull Pond and three other locations. Flyer’s Boat Rental offers lessons in Rhodes 19 sailboats in the Provincetown harbor. You can be on the move for a weekend—or a whole week—and still not experience everything the Outer Cape has to offer. That’s all the more reason to visit in fall; you won’t have to waste any energy fighting for elbow room.

All Resorts in Cape Cod 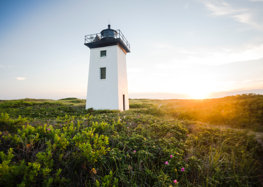 Provincetown Before the Show

Spring is the time locals in P-Town live for–when the days....Read More 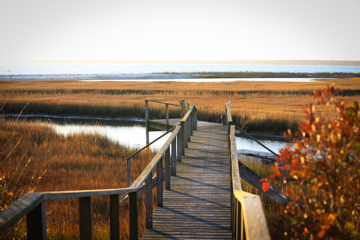 Cape Cod Without The Crowds

Labor Day may be the symbolic end of summer, but on Cape Cod....Read More 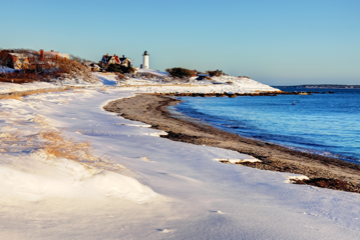