In this Mexican resort area, as our writer discovers....Read More

Savvy travelers know how to save pesos during a stay....Read More

Sure, there's plenty of nightlife here. But come find out more about....Read More

An oasis in a desert landscape, the town of Todos Santos, on the Pacific coast of Mexico’s Baja Peninsula, is fed by subterranean springs from the Sierra de la Laguna. Its earliest inhabitants, the Pericú Indians, were ousted in 1723, when Jesuit priests established a mission here. By the 19th century, the town (whose name means All Saints in Spanish) had become a prosperous agricultural center famous for the sugarcane grown and milled here. It wasn’t until 1985 that Federal Highway 19 was paved, speeding up the 45-mile drive from Cabo to Todos Santos. The town soon became a magnet for artists, surfers and travelers seeking a mellow alternative to Cabo’s lively bars and mega-resorts. 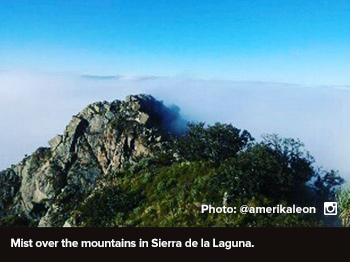 Todos, as it’s often called, is still a sleepy town of 8,000 residents with just one traffic light and mostly unpaved streets. But it’s recently been re-energized by an influx of young eco-conscious Mexicans and expats. Their environmental ethos can be seen in shops where plastic bags have been replaced by totes made of recycled newspaper, in boutique hotels that offer free yoga classes and in restaurants whose produce comes from nearby organic farms. Today, Todos remains a tight-knit community. Spend a few days here and you’ll discover that your surfing instructor’s brother owns the eco-gift shop on the corner, your hotel’s owner is the uncle of a well-known local artist, and the woman who runs the café where you’re having lunch can introduce you to pretty much everyone in town.

Where the Birds Are
Because it’s an oasis, Todos is a bird-watcher’s paradise—prime habitat for both seabirds and desert birds. Sign up for a bird-watching walk with Mauricio Durán of Todos Santos Eco Adventures (tosea.net). After ambling through dusty palm groves and among freshwater lagoons, you’ll be able to spot the flashy green Xantus’s hummingbird and the red-capped Gila woodpecker. You’ll also learn the difference between the male and female hooded oriole. Durán, a TOSEA guide for years, points out flora, like the organ pipe cactus (which produces pitahaya, a sweet fruit used in ice cream) and the gnarled lomboy tree, whose sap is said to soothe bruises. TOSEA also offers horseback rides, visits to a cactus sanctuary and hikes up the cliffs above Punta Lobos for spectacular views of the Pacific—and of migrating whales from early December through March.

Surf Of Swim
Especially in winter, surfers flock to the beaches around Todos for the best surf breaks in all of Baja. One in particular, Los Cerritos—in a cove 10 miles south of town—is calm enough even for beginners. Go there for a lesson with Mario Becerril, of Mario Surf School (mariosurfschool.com), who has earned a reputation as the most respected surf outfitter in the area. Mario grew up in nearby La Paz and has been an instructor for more than 12 years. A surfer with a lean, sinewy frame, he’s also a wonderful teacher: encouraging but cautious. He won’t let you into the water until you’ve mastered the “pop-up”—the move that gets you from a push-up position to a standing pose—on land. Then he (or one of his bilingual team) will take you into the ocean to try the same thing on a board in some medium-sized waves.

Winter also brings reptilian migrants, in the form of giant sea turtles. Pushed out of their nesting habitat in Los Cabos, three species of these vulnerable creatures—blacks, leatherbacks and olive ridleys—have taken to laying their eggs on the less developed beaches around Todos. Life here is still far from carefree, though. The nests are threatened by predators, such as coyotes and raccoons. Additionally, the eggs don’t incubate at lower temperatures (78.8°F is needed for incubation). As a result, many baby turtles wouldn’t see the light of day if it weren’t for human intervention. From October through April, the group Tortugueros Las Playitas (todostortugueros.org) recruits and trains volunteers to record data and to go on “nest relocation patrols.”

“We try to catch the eggs as they’re being laid,” says co-founder Francesca Dvorak. “Turtles actually go into a trance when they’re nesting.” She and volunteers scoop up the eggs, gingerly place them in plastic bags and transfer them in baskets to a greenhouse, where they incubate for 80 days. From mid-November through April, you can join townspeople and fellow visitors to watch a sunset hatchling release, when biologists and volunteers place the tiny turtles on a ridge from which they can scramble to the sea.

Artist’s Retreat
Pat and Michael Cope moved here from Los Angeles in 1993, refugees from the fashion industry. They were also pioneers: When they opened their Galería de Todos Santos (galeriadetodossantos.com), a year later, it was the first gallery in town. It’s still one of the best places to see a broad range of local art—from Antonio Viveros’s playful folk pieces to Peter Cole’s Hopperesque depictions of La Paz nightlife. 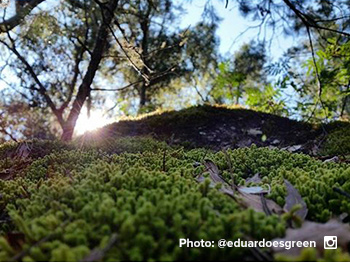 The couple represents 15 artists based in southern Baja—including Michael himself, whose dramatic oil Cloudscapes and portraits are on view. Ask to see Erick Ochoa’s lovely oil paintings of Baja scenes and Cuban-Mexican artist Gloria Santoyo Ruenitz’s encaustic canvases of desert landscapes. On Friday and Saturday, the terraced courtyard becomes Michael’s—a small restaurant where Michael Cope is the chef, cooking Asian dishes, such as Vietnamese crab cakes and wok-fried fish with Chinese black beans

Just down the street at Galeria Logan (jilllogan.com), longtime resident Jill Logan shows her impressionistic paintings of Mexican villages, beaches and mountains. If you’re there while she’s working in the open-air studio behind the gallery, you can watch her create one of her new metallic abstract paintings, brushing textural gel onto the canvas, letting it dry in thick swoops and waves, then adding gold leaf and colored glazes. In the gallery these paintings shimmer in the changing light. If an original (from $500*) is out of your price range, Logan also sells reproductions.

A little off the beaten path, but well worth the trek, is the studio-gallery of Nanette Hayles (nehayles.com), an American of German-Jamaican heritage who has lived in Todos for 22 years. As you drive to her property along Calle Cuauhtémoc Final, you’ll see another side of Todos—rustic shacks, wayward chickens, taco stands. Finally you reach an imposing blue-and-red gate inscribed with the saying El Arte Nunca Muerte (Art Will Never Die). Hayles, who works in a variety of mediums, is known for her “paper tile” mosaics, for which she tears up old magazines and artfully glues the pieces to a matte board, creating likenesses of such figures as Gandhi, Che Guevara and Frida Kahlo (or regular folks, like you: She often does commissions).

Despite the town’s small size, there are dozens of other galleries. Galería Arturo displays the work of Mexican artist Arturo Mendoza Elfeo; Galería Indigo represents many artists. In February, you can watch artists at work during the annual Open Studio Tour (check artistsoftodossantos.com for dates).

If you’re not in the market for art, shops in Todos carry a wide range of other merchandise. Pintoresco, the eco-shop owned by Alan Becerril (surfer Mario’s brother), sells items with a local provenance: bright-hued purses woven in Oaxaca, Baja sea salt flavored with chipotle and chiles, damiana soaps and bracelets emblazoned with the saints, a fitting souvenir from Todos Santos. La Bodega de Todos Santos (Calle Hidalgo; 52-612-152-0181) carries wines from Valle de Guadalupe, as well as Baja-made olive oil. The shop’s savvy young owners host wine tastings on Monday nights. Silver jewelry, painted ceramic boxes and other treasures can be found at Manos Mexicanas, on the corner of Calle Topete and Calle Centenário. And Mangos Folk Art (Calle Centenário; 52-612-145-0451) has excellent works made from ceramic or wood.

Central Perk
Take a break from gallery hopping to refuel with a strong cup of coffee at La Esquina (Calle Topete at Calle Horizonte; 52-612-145-0851), a corner café where surfers and artists come for morning lattes and chia-seed-laced smoothies. There’s also a full breakfast menu of omelets, chilaquiles and French toast with fresh fruit. The surfing town of Pescadero (south of Todos, near Los Cerritos beach) is home to Baja Beans Roasting Co., (bajabeans.com), a café run by expats from Vancouver. All the coffee is grown and roasted in Mexico and (coffee nerds, take note!) can be brewed in a French press, Chemex or espresso machine. Be sure to try some of the scones, quiches and chocolate-chip cookies and a rich chocolate cake made from the owner’s grandma’s recipe. The café has become a meeting place for locals and travelers alike and also hosts a small farmers market on Sundays. It won’t be long before you feel like an insider here-—and start contemplating what kind of business you’ll start after you move to Todos Santos.